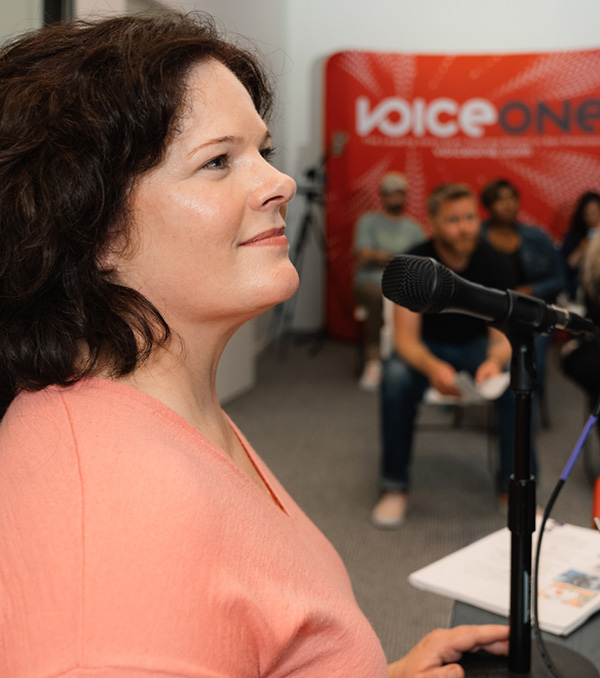 Owner and Head of Instruction

Sally Clawson has over 20 years of experience as a voice teacher, speech coach, actor, and performer. A former professional dancer, Ms Clawson toured internationally with the Margaret Jenkins Dance Company. After a hip injury, she took a day job answering phones, discovered her voice, and began studying at Voice One.

Sally now teaches classes and workshops in voice, acting, presenting and performing all over the Bay Area, including Berkeley Repertory School of Theater, Google Arts, and California Shakespeare Theater. In addition, Sally is a certified executive coach through the UC Berkeley Haas School of Business, and is the annual emcee at the Dreamforce conference hosted by Salesforce. 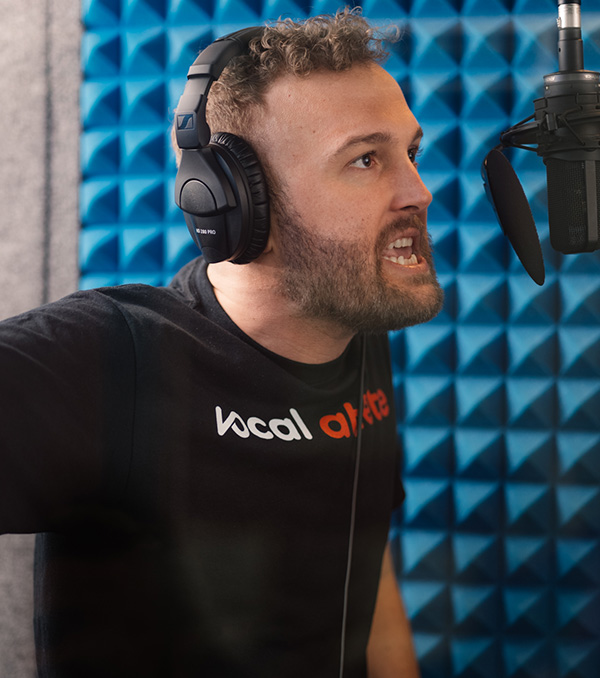 Danny began his voice over career at Berkeley Rep School of Theatre in 2015 in Sally’s Beginning Voice Over class, and continued to study voice over, acting, and improv for the next three years at multiple schools in the Bay Area and Los Angeles. His background in linguistics gave rise to an avid interest in dialects in addition to fluency in French, Spanish, and Portuguese. Danny is represented by Stars the Agency in San Francisco. While he specializes in character work, he has been no stranger to commercials and narration. Credits include 2K Games, Amazon Music Unlimited, Facebook, the California State Fair, Eisenhower Health, UC Berkeley, and Creativity Inc. 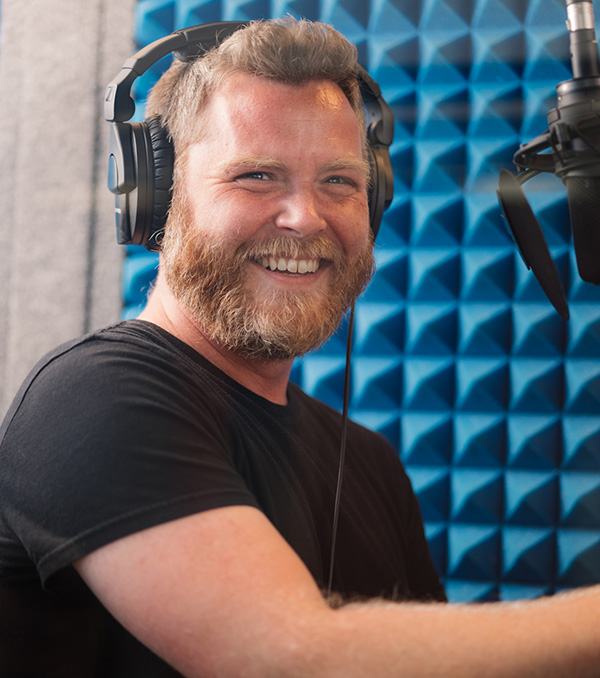 Aaron is a Bay Area native actor whose love of the performing arts started when he was at Skyline high school in Oakland. He's studied acting (and voice acting in particular) extensively at Berkeley Repertory's School of Theatre and at Voice One with Sally Clawson and other excellent teachers. 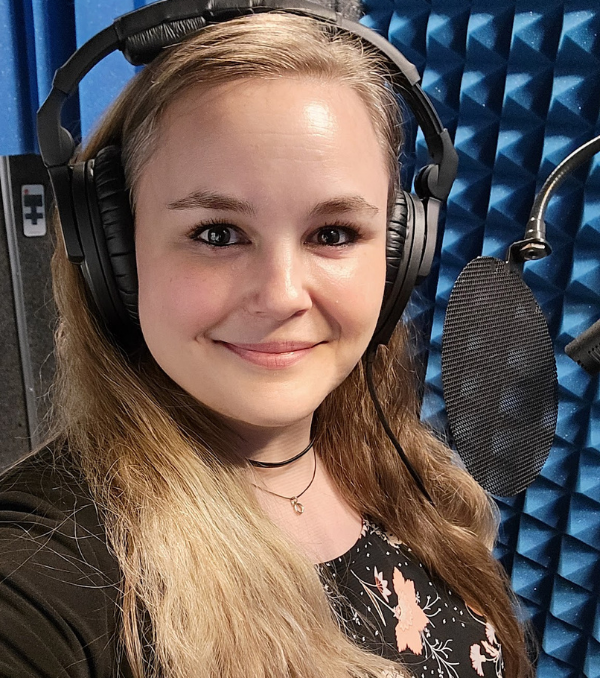 Erika is a Spanish-American voice actor with a background in communications, theatre, and music. In 2014, she moved to San Francisco from Atlanta. While working in the public relations industry, she discovered her love for voice over. Erika began taking classes at Voice One in 2019 and while her focus is currently on e-learning and character work, she enjoys lending her voice to all stylings of the craft.  She is the American English voice for Smartick Mathematics for Children, and additional voice over credits include Amazon Web Services (AWS), Dorktales Storytime Podcast, Ain't Slayed Nobody Podcast, and Global Kids Preschool. Erika is represented by JE Talent in San Francisco. Previous PR clients include Amazon Web Services (AWS), Amazon Alexa, Intuit PCG, Martin Luther King III, Airbnb, GitHub, Astranis, Oculus, and GE Ventures. 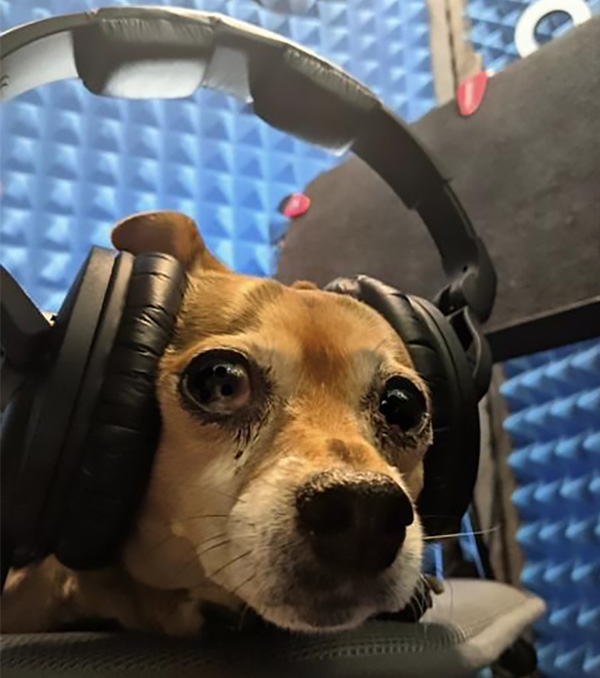 Lola has been a supporter of voice over for the past 11 years. When she's not running in happy circles or eating her favorite treat mini carrots, you can find her asleep in the booth at Sally's feet, snoring just loud enough to have to record several takes. 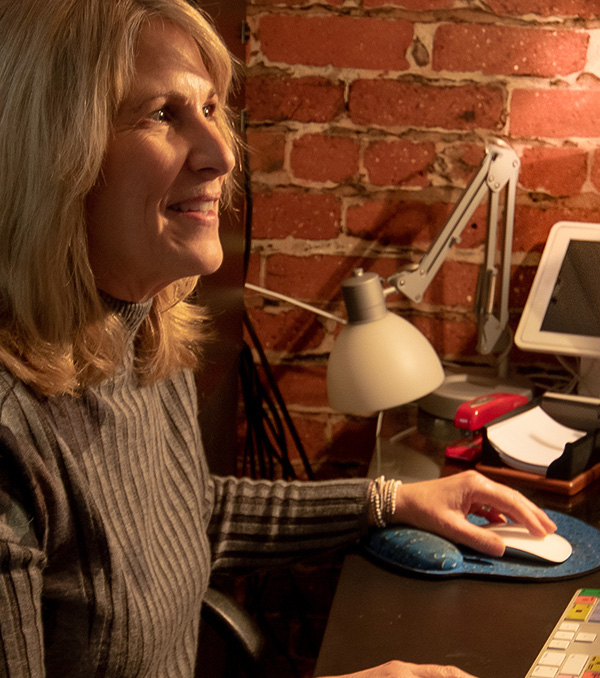 Elaine Clark is an award winning actor, director, producer, certified teacher, playwright and the author of the quintessential voice-over book, There's Money Where Your Mouth Is. As an actor, she is a member of SAG and AFTRA, having performed in hundreds of voice-over and on-camera commercials, industrial narrations, video games, cartoons, film and made for television movies. She also serves as an audio engineer, casting director, and multimedia & anime director.